By Sean February 04, 2014
I woke up early on a Monday morning in September 2013 and found my cat laying very still on his side, eyes glazed, unable to move. When I put him onto his stomach, he tried to stand and couldn't. I tried to help him to his feet but he collapsed back onto his side and laid there, unable to make a sound when trying to meow. I was convinced he was dying... 17 years old. I wanted to make him comfortable, and did not know how. I tried to get him to eat, and he wouldn't, but he drank water like he was taking in oxygen. He could drink, he had a thirst, and that gave me hope that maybe it was something we could figure out.

I called the veterinarian and they told me to bring him in as soon as I could. I got him wrapped up in a towel. He was unaware of everything around him.

While waiting for those results, they clipped his claws and shaved most of his body to help rid him of the matted fur. His skin was dry, and he was extremely underweight. For those who do know about my cat, he is humongous. His head is larger than a softball, and he is long from tail to nose as well as toes to ear. As I said, he is a long-haired cat, so noticing significant weight loss is not something that would be easy... he always looks fat.

Their initial opinion from his bloodwork was diabetes.

We started him on insulin right away. Euthanize my cat? Nope, not an option. If he was going to die, it was going to be at home and it would be while trying to help him deal with his diabetes. I got home and immediately started doing all of the research I could. Some lived. Some didn't. Some improved and regained strength in their hind legs, others never recovered that much before dying. One of the most common themes in all of these cases was whether or not the owner of the cats followed through with a good diet high in protein. My cat, being extremely underweight, needed all the protein he could get.

We immediately jumped into a high-protein, wet food diet. With the insulin, he was less dependent on water, and more dependent on food. All the signs he had showed before never occurred to me. It is fairly hot, he is a long-haired cat, so I always perceived his higher thirst to be his way to cool off. He did spend a lot of time laying near the vents in the house when the air conditioning was on, so I never imagined his thirst had anything to do with diabetes.

All other tests that the vet did came back fine. He did not have a thyroid problem, and his pancreas was not the cause of his condition. And for the two weeks after, his insulin was really helping him out. He was regaining strength in his hind legs, even managing to jump a little bit, though he still walked around more towards his haunches.

Another two weeks went by, and while he wasn't exactly running everywhere, he was on his pads walking around. He was also playful. Again, for anyone who does know my cat, he's the meanest little asshole ever. Another month went by, and he was running. He was getting up and down the steps. He was back on solid food and gained a lot of his weight back. He was jumping at least 3 feet from the floor. He slept more peacefully.

It is now February, and my cat is still on insulin, one unit twice a day. He is, presumably, as healthy as he can be. His glucose levels are stable now. He does not have bad days, although he does have bad moods. He is still treated to a high protein diet. If you are reading this and trying to decide how to approach dealing with your cat who has been diagnosed with diabetes, please consider trying. Mine is proof that they can improve, and perhaps live out a fuller, healthier life than you could imagine. 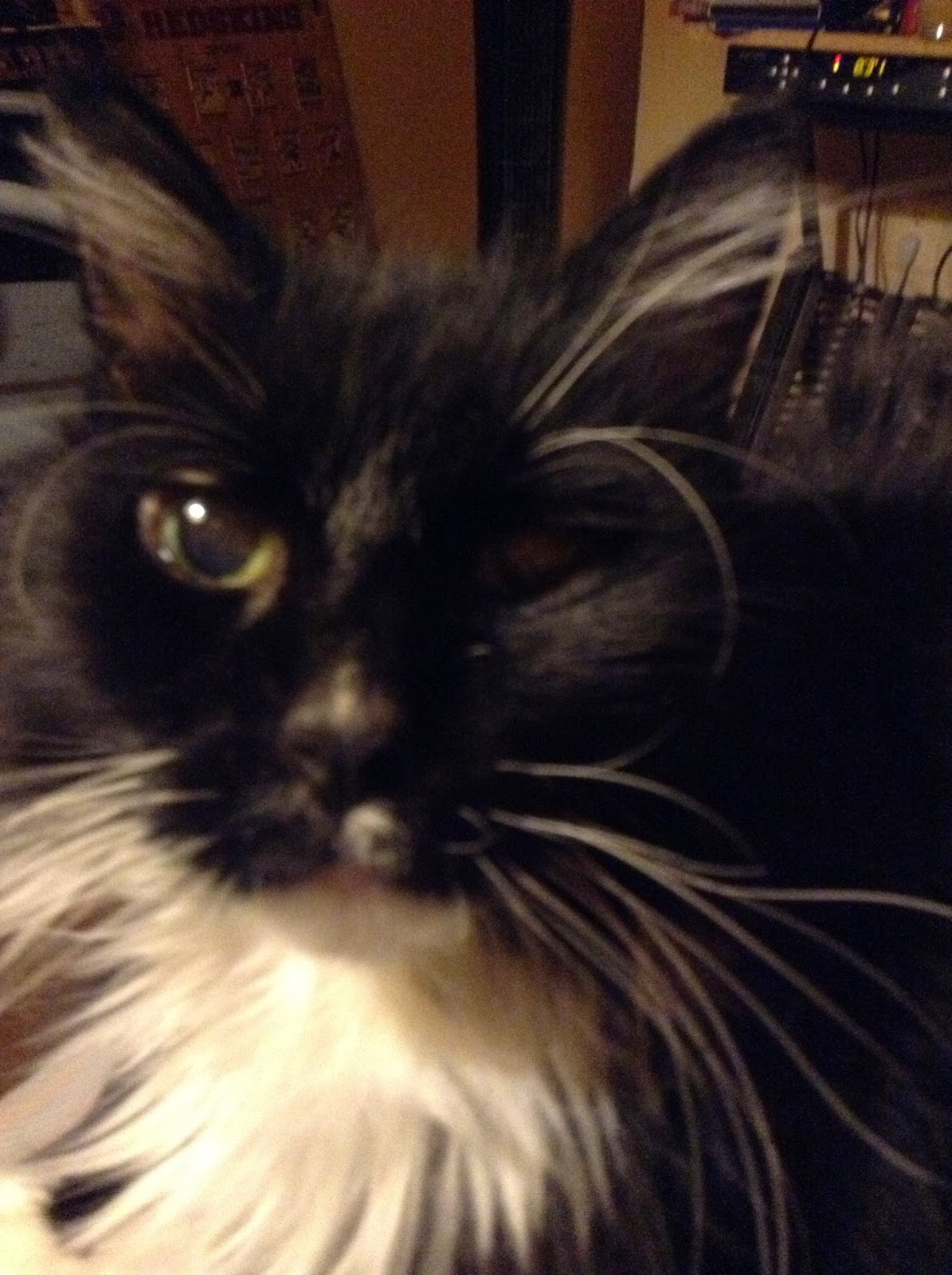