By Sean April 04, 2016
WrestleMania 32 has come, and gone. I’m certain that many walked away feeling as though they saw some great things, as well as some stupid things. Probably leaning more towards the latter, but we will discuss that as we go along.

Ignoring the pre-show, we will discuss the very first match of the main show. We kicked off with the 7-man ladder match for Kevin Owens’ Intercontinental Championship vs. Sami Zayn, Stardust, The Miz, Zack Ryder, Dolph Ziggler, and Sin Cara. It was a match filled with spots, but each one executed perfectly. Every single spot was timed and performed to tell a greater story. There were multiple falls off of the ladders. We saw Ryder & Ziggler get crotched and guillotined respectively. We saw Sin Cara land on the ropes and springboard into a flipping senton onto the competition on the outside, as well as adjust mid-air to splash through Stardust who was prone on a ladder draped across the ring and barricade. Then we saw the two falls most important to the story as Zayn was guillotined and Miz was shoved off.

The match also had a bunch of great feats of athleticism. The two that stand out most were Sami Zayn’s rope flip through the ladder and Kevin Owens’ perfect springboard onto the turnbuckle leading to a Five-Star Frog Splash onto Sami Zayn on a ladder.

Walking away from this match as your new Intercontinental Champion is Zack Ryder – a man very few of us thought would walk out the winner. 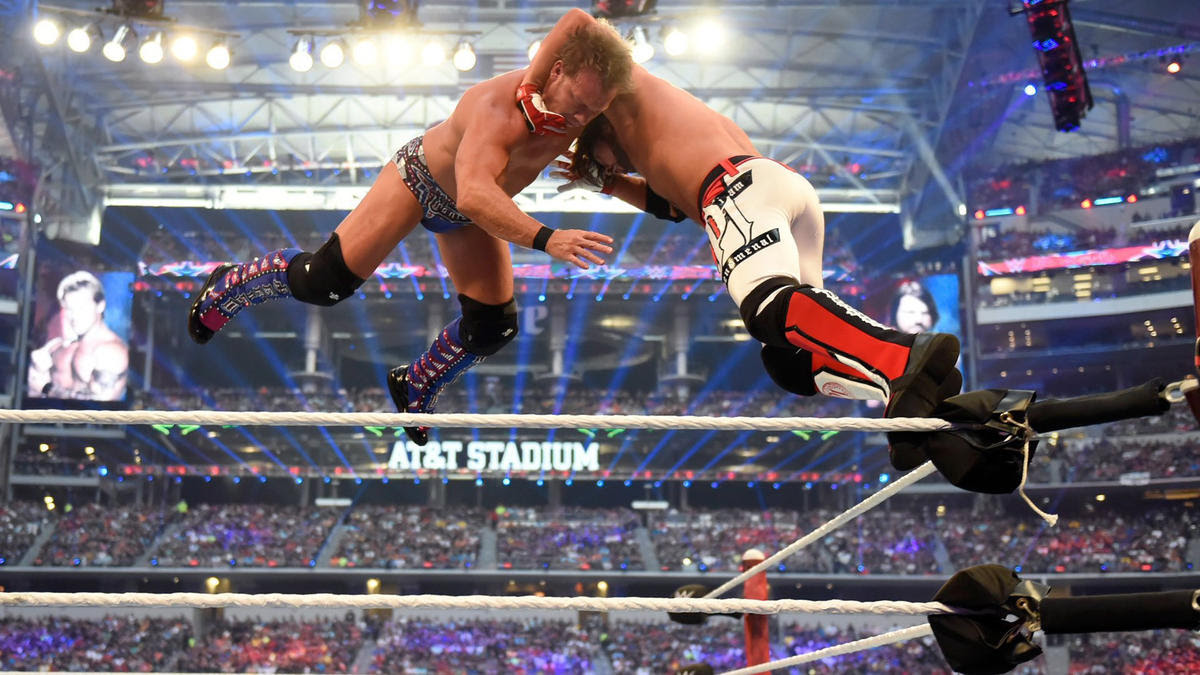 Then we went into Chris Jericho vs. AJ Styles. This match told a great story. There were high spots. The two worked their knowledge of each other brilliantly. Granted they recycled the finish, it was still executed perfectly, and while Styles could have benefited from the win, he was not hurt in this defeat.

Following that was New Day vs. the League of Nations. New Day entered in a 20-foot box of BootyO’s and got pops. The match itself was okay, but nothing to really brag about. Big E almost killed himself again with the dive through the ropes. Xavier Woods looked strong until the numbers game gave “the Lads” the advantage and ultimately the win. Following the match, the LoN talked trash about how no three-men in history could stand up to the numbers game. Full-blast on HBK’s music in full gear, followed by Mick Foley dressed as Cactus Jack, and then bring out the face of professional wrestling, Stone Cold Steve Austin. A can of whoop ass was opened. New Day got the three to dance, but Austin quickly dropped Xavier Woods on that stack of dimes he calls a neck with a Stone Cold Stunner and enjoyed some Steveweisers (the real ones). 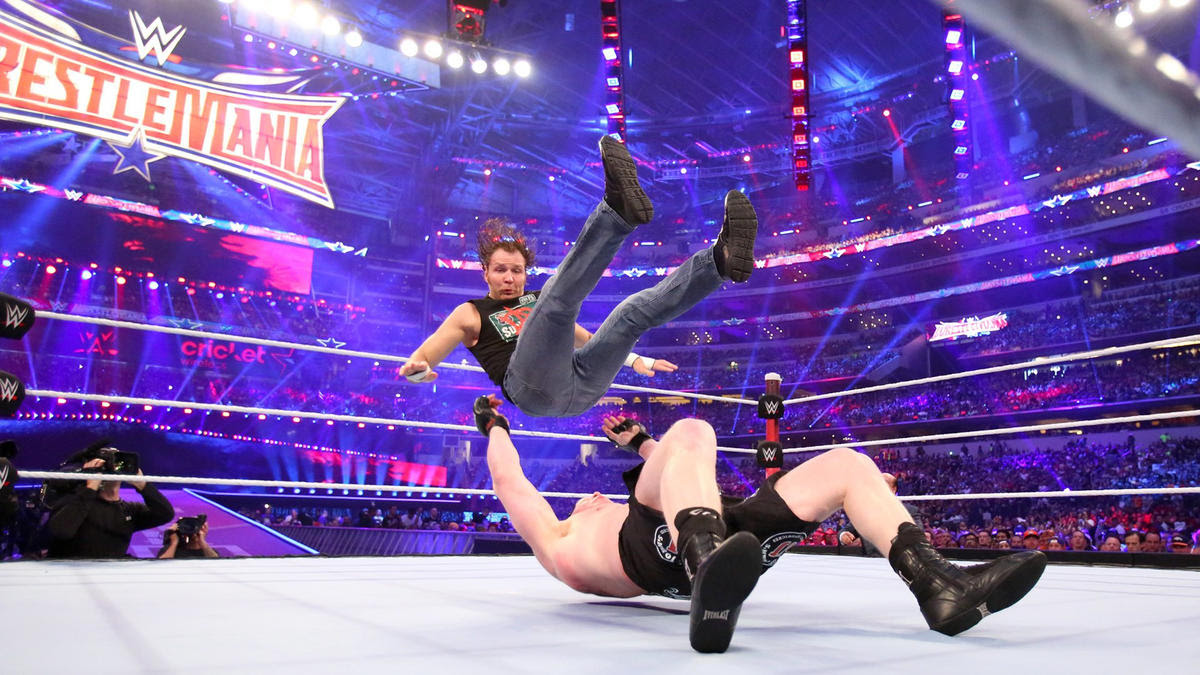 After that we got Brock Lesnar vs. Dean Ambrose in a No-DQ street fight. In a match that had a build to go extreme, we did not see very much of that. In fact, much of the match was Brock Lesnar doing everything he could to keep weapons out of the equation. Thirteen suplexes (a few on chairs) and an F-5 later, the match was over. No blood. Few weapons. Very quick. It did not live up to the hype we, and the WWE, built.

In the pre-show, WWE HOF Woman Lita introduced the WWE Women’s Championship and the rebranding of the Diva’s Division as the Women’s Division. So now it was time for the Women’s triple threat match to crown the “first ever” WWE Women’s Champion. This was the match of the night, and it was not close at all. The match was presented as a big deal from the entrances on. Becky Lynch’s was the least spectacular but still a bigger deal than most of the women who have worked for the company as she had a massive smoke pyro all the way down. Sasha Banks was escorted by her cousin—WWE Hall of Famer—Snoop Dogg after he performed a mashup of his own lyrics to her entrance theme. Then Charlotte was escorted to the ring by her father—the Nature Boy Ric Flair—wearing a modified robe from the robe that Ric wore during his retirement match entrance at WrestleMania XXIV. 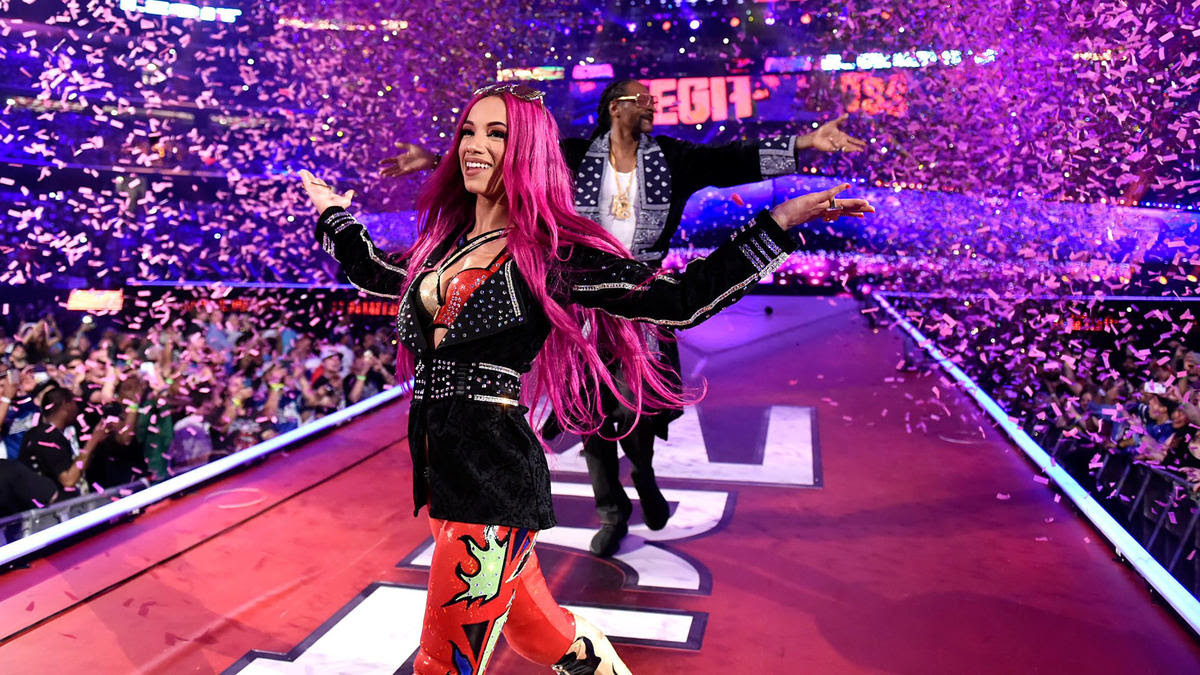 Sasha, who as wearing gear resembling and honoring the late Eddie Guerrero even pulled out an incredible Frog Splash off the top rope to break a Figure 4 that Charlotte had locked in on Becky. Becky took the competition to SuBecks City. Charlotte even put it all on the line by throwing caution to the wind with a moonsault off the top rope to the outside. In the end, Charlotte got the upper hand, locking in the Figure 8 on Lynch and Ric Flair held Sasha Banks out of the ring so she couldn’t break the hold while Becky tapped out in the middle of the ring. While I felt that Charlotte easily could have cheated on her own for the heel heat to win, I understand Ric’s involvement. And in the end, it establishes Sasha getting a shot at the new Women’s Championship where Ric Flair will probably be banned from ringside. Or even better—hopefully it leads to a Women’s Championship cage match. 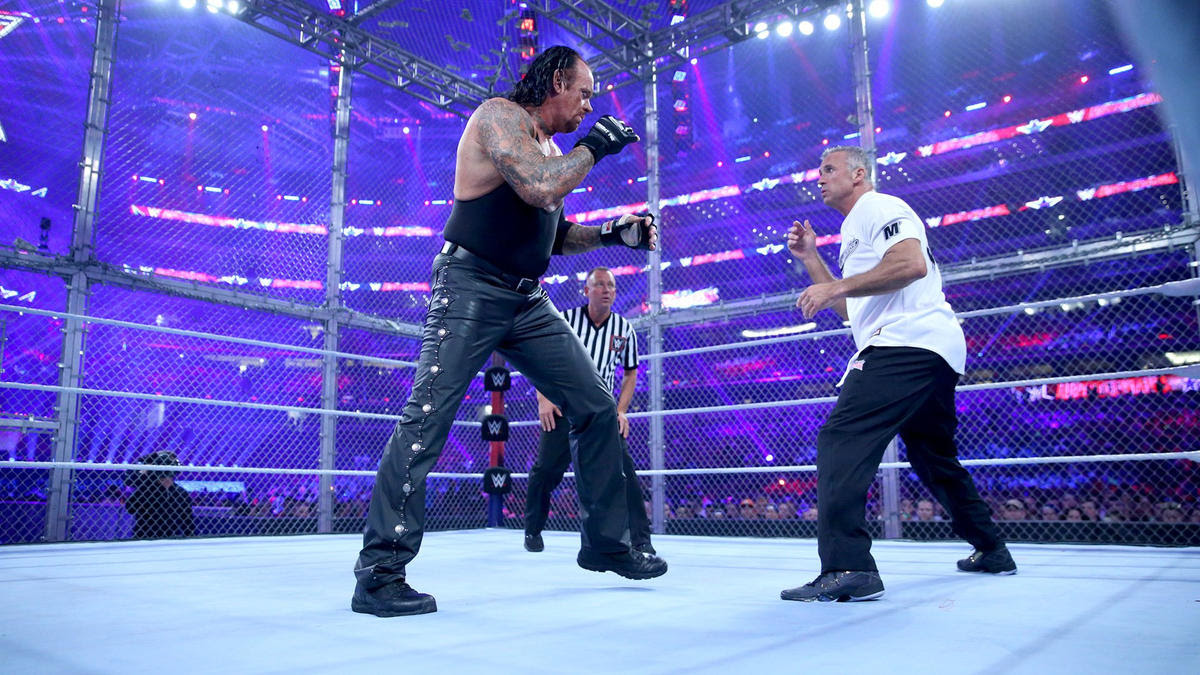 After that, we got the Undertaker vs. Shane McMahon Hell in a Cell match. There were spots galore. Weapons used. A toolbox. A laptop. A TV monitor. The cage. Steel steps. A Sharpshooter to escape Hell's Gates. A trash can for Coast to Coast (which didn’t hit clean but in the context of the story, it made sense). Shane had to pull out all the stops to try and defeat The Undertaker, and that was as true as ever when Shane incapacitated Undertaker on the announce table. Shane then went climbing all the way to the top of the Cell. He prayed twice.

Shane leapt off for an elbow drop. Undertaker moved. Shane McMahon should be dead. Taker carried Shane back into the Cell and ring, and Shane taunted Taker into giving him a Tombstone. Taker delivered and pinned Shane. Taker was seen looking at Shane after the match as if he respected him more than anyone else. Undertaker even had tears in his eyes. We’re not talking about the 18-foot Cell that Undertaker dumped Foley from… we’re talking about a 20+ foot Cell that Shane jumped from. Shane was carted to the back after the match beating his chest and putting his hand in the air to signal to the crowd that he wasn’t dead.

Following that was The Rock. Rock came out, touted the record-breaking crowd, and then was interrupted by Bray Wyatt who entered the arena was more fireflies than you ever could have seen. Rock was even shown during Bray’s entrance looking into the crowd fascinated by the view. Rock began making jokes about the Wyatt Family and then made it clear he wanted a match, taking off his clothes and revealing his gear. Rock beat Erick Rowan in 6 seconds… a record for a WrestleMania match.

Afterwards, the Wyatt Family were ready to attack when Cena’s music hit and he came out to make the save. The Rock and Cena cleared the Wyatt Fam out of the ring and likely right out of relevance in the WWE. One of the few decisions where Vince gave us the guy we believed should have won, and it was the one I was most disappointed in. It would have done something major if the Wyatt’s would have been able to decimate The Rock on WrestleMania in front of 100,000 live and the millions watching at home.

The main event was everything we thought it was going to be. A few spots. Roman Reigns drowning in deafening boos. Triple H’s theatrical entrance. Stephanie McMahon was speared. Triple H went for the sledgehammer and it never paid off for appearing. There was no blood despite all the talk and the hype of those blood packs leading up to Mania. Roman Reigns got the win and was booed relentlessly as the show went off the air.

I will probably go further in depth with my own personal feelings later, but for now, this is my in-the-moment review.

All Photos Above Courtesy of WWE and WWE.com

By Sean January 26, 2017
I do not have any insider knowledge about surprise entrants into the Royal Rumble. As of me writing this, I believe there are only 22 confirmed participants for the Rumble. I also do not have any insider information about the order of the entrants, or the winner. I am just putting together a mock I think makes sense + what I would personally like to see accomplished in the match. 1. Sami Zayn - Zayn will be the Iron Man in this year's Rumble, building onto his Daniel Bryan-esque push of late with Stephanie making his life more difficult than it has to be for no apparent reason. 2. Chris Jericho - Iron Man #2. I expect both of these guys to go the distance in this year's Rumble, and Jericho's as good as any for spurts of offense in a long match. 3. Big E - We have to add some size early to immediately slow down Zayn & Jericho. In recent years, the first 10 spots in the Rumble have entered and been eliminated quickly, and we haven't seen the ring fill up unt
137 comments
Read more

By Sean December 30, 2016
Before we begin, these are strictly my opinion for what entertains me. I would love to hear anyone's opinion on my list, along with what their list is for the 2016 calendar year. I am not focusing strictly on the WWE, and this list will not be strictly singles matches. I also have not watched every match from every company, so if I'm missing something you believe is clear cut, there may be a chance that I did not see the match. Top 10 Wrestling Matches of 2016 2016 was a very incredible year for professional wrestling, in mainstream promotions like WWE and New Japan Pro Wrestling, to independent promotions like EVOLVE and Pro Wrestling Guerrilla. British professional wrestling promotions Revolution Pro Wrestling and newly formed What Culture Pro Wrestling have been a refreshing spark in the European scene and have since seen prominence in WWE's Cruiserweight Classic (CWC) and upcoming United Kingdom Championship Tournament. See the list after the break.
184 comments
Read more