A World Only Gods Know

By Sean April 21, 2018
Before I get started, I want to make a few things perfectly clear.


I say this so you all know what to expect of this and that perhaps my bias is too strong here, but not as you would expect. As someone who wrote music/lyrics for the better half of their life, I don't feel it is fair to ever tell an artist a lie about their art. If there is something I do not like about your music, I will say it, especially if you're a friend. I point out that Shells is one of my best friends because it's important to understand that if I am critical in this "review" that I am only being so because I know Shells expects his art to be from his soul. This also is not a forewarning, Shells, so breathe easy good brother. This may also be a long ass review, so...

TL;DR - The art is fucking amazing. Lyrics in the booklet is my shit. I'm in Scorcese's thank you's and that's dope. The music is fucking incredible from front to back! 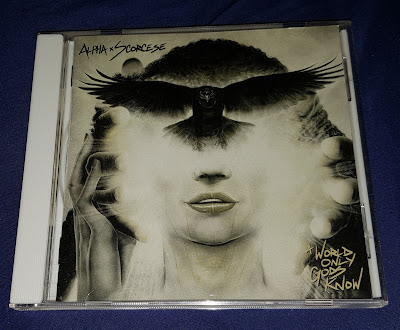 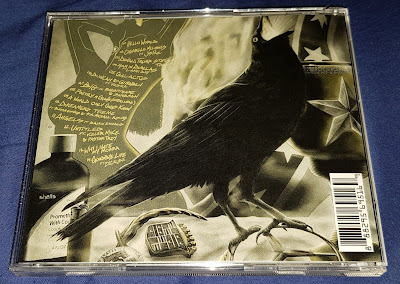 I have listened to the album twice since it was handed to me on Thursday night. I am currently on a third listen and jotting my thoughts as I go. I wanted to be fair in my review, and I've often felt that the first listen to any song or album is always a unique experience for many reasons. Some of those reasons are that you can over- or under-state the "value" of the project to yourself. I did jot initial thoughts down that I will share, but the actual reviews of the songs/album will be from a few listens.

One of my first impressions from the physical CD copy of the album (go buy yours for the bonus tracks Company, Caesar, and Black Zombie), is the art. I was not at the listening party for the album, so I don't know exactly what Scorcese Shells x Alpha Davis were aiming for with the art, but what I envision from the front and back cover art is that the album isn't just a journey of the mind, but a journey of the consciousness inspired by cultures.

Then we get to my favorite part of the style of the album/case... the booklet. We don't typically buy physical copies of albums anymore in this world. Especially not CD's. And for a long time, CD's came with booklets that had credits, and maybe a few thank you's, and the personality and personable trait ended for anyone who wasn't mentioned inside. My favorite albums growing up would have lyrics (even if just snippets) or handwritten notes, or pictures from touring and recording in the studio.

Again, as someone who wrote music and lyrics for the better part of my life, I enjoy few things musically more than seeing an artist lay out their lyrics. It's one thing to see how a fan writes the lyrics down for websites, it's another thing entirely to see how the artist laid out every line. Shells brought that to the pages of the booklet for AWOGK, and it's something that instantly I connect with and become enamored with, because I can SEE how he expresses his art, rather than just hear it.

Lastly about the art/booklet... appreciate the shout, brother. I've been included in thank you's in album booklets before of people I actually wrote/rapped with, but to get a shout out from someone I haven't rapped or wrote with (yet) is a cool experience.

I won't harp on the bonus tracks. All I can tell you to do is follow the link above AND BUY the CD so you can listen to them!!!!!

Anyways, to wrap up this review, I more than enjoyed this album. I love it. From beginning to end. This isn't just an "album", it's a project going chapter to chapter. You gotta go through each track to truly appreciate them. And listen again, because Goodbye Life flows back into Hello World, because expansion into the infinite is proportionate.

I mentioned a few times how powerful the calm tone was. And that was something that I discussed with Shells before they released the album. He pointed out that he tried more aggressive tones and it was just overly aggressive and took away from the confidence and power of the whole song at times. And he also said he wanted to use that tone more for when it was necessary so it had a real impact. Safe to say he found the right balance on this one.

Reading back through my thoughts on each song, I feel like I didn't express enough how incredible Alpha Davis' production was on each individual track as well as putting the whole album together so it flows like a great book.

Also, Shells said "keep ya scrutiny"... no need, brother. None to be heard on this one. If I could respectfully offer a critique though, it would be that I know that there's more to you that could have fit seamlessly into this project. But as the saying goes: always leave 'em wanting more. Respect brother.

By Sean December 30, 2016
Before we begin, these are strictly my opinion for what entertains me. I would love to hear anyone's opinion on my list, along with what their list is for the 2016 calendar year. I am not focusing strictly on the WWE, and this list will not be strictly singles matches. I also have not watched every match from every company, so if I'm missing something you believe is clear cut, there may be a chance that I did not see the match. Top 10 Wrestling Matches of 2016 2016 was a very incredible year for professional wrestling, in mainstream promotions like WWE and New Japan Pro Wrestling, to independent promotions like EVOLVE and Pro Wrestling Guerrilla. British professional wrestling promotions Revolution Pro Wrestling and newly formed What Culture Pro Wrestling have been a refreshing spark in the European scene and have since seen prominence in WWE's Cruiserweight Classic (CWC) and upcoming United Kingdom Championship Tournament. See the list after the break.
186 comments
Read more